"Killian" and "Killion" (with Mc and O versions) are variants of "Killeen." "Killen" and "McKillen," however, are usually variants of a different name ("Cóilín" or "Colin")  of Scottish origin.

In my youth, I had a friend officially named Michael. However, he was known as "Rooney," a pet-name given by his mother. "Rooney," means "Darling."

"Killeen" was originally such a name. It was a pet-name given by a mother soon after birth, and meant "Treasure," or "My Treasure."

I had heard that all the Killeens trace back to Ballykilleen, County Mayo. Now it has been established by genetic study that there are two distinct Killeen clans, one originating in County Mayo and the other in County Clare. See the Irish Origenes/ Killeen website. 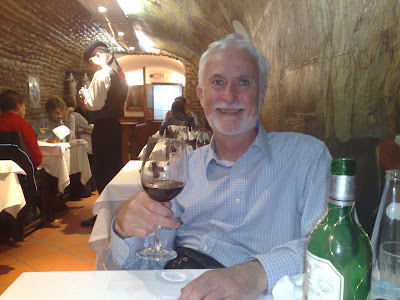 Some years ago, my sister, Sr Mary Killeen, went on a visit to the Holy Land. On arrival in Israel, she was detained and questioned for hours at the airport. The friends waiting for her gave up and went home, assuming that she had missed the flight. She was quizzed about a previous visit she was alleged to have made, when she allegedly participated in pro-Palestinian agitation. She was even shown a picture of the other Mary Killeen, who had been so involved, and the questionners asserted that she was one and the same as the person in the photo. There must have been a similarity, but the person in the photo was no relation. She came from County Mayo, whereas our forebears are from Offaly. This is anecdotal evidence that the Killeen gene (of our branch) is one and the same whatever County we come from, and that the family resemblance endures across multiple degrees of relationship.

We are abundant in Mayo, Clare and Galway, and found, also, in 12 other counties. The Killeen Diaspora.

There is a Ballykilleen in County Offaly as well as County Mayo.

Derivation and alternative meanings of "Killeen"

Every generation adds new words to a vernacular language and new meanings to old words. The Irish word "Cillín" is made of two parts, "Ceall" and "Ín."

"Ín," (pronounced "een") added as a suffix to another word means "Small." So "Cillín (Ceall-ín)" means "A little Ceall."

"Ceall" had two completely different meanings: "A cell or oratory" and, as a variant of "cealg", "deceit, dispute or bad feeling."

"Cillín" (a little cell or "ceall") came to mean, also, a box in which one held one's valuables, in other words a treasure chest. In usage, it came to refer either to the box itself, or the contents, i.e. a treasure. When a man was careful with his assets, it was often assumed he had saved a pile of money, which would be reffered to as his "cillín," in other words, a "nest-egg."

This was explained to me when I visited the Gaeltacht at Indreabhán 50 years ago by Nan Pheaidi (Annie Farrelly nee McDermot), herself a treasure-chest of traditional lore.

"Cill," meaning cell or oratory, or church, also came to mean the burial area found next to the church, in other words a grave-yard. The official word for cemetery came to be "reilig," (pronounce "rellig") and the word "cillín" came to mean the area, outside of hallowed grounds, where unbaptised babies were buried. This was usually on the site of a "lios" (pronounced "liss"), believed to be a residence of fairies, but, in reality, the site of an ancient, possibly Neolithic, settlement. When we hear "Killeen" as a place-name, rather than a person's name or surname, it usually refers to such a burial place of unbaptised babies.

"Kelly" as variant, in meaning only, of "Killeen"

A little row was more often called a "Ceall-ach" or "Cealg-ach" than a "Cill-ín," "Ach" as a suffix meaning the same as "ín." "Ceallach" translates into English as "Kelly."

It is possible that some instances of the name "Killeen" might have the same meaning as "Kelly."

I have many cousins in County Offaly whose surname is Kelly; these, however, are relations of the distaff side.

Support my blogs by making a small contribution

Krunchie on Tin Whistle with the Invincibles, fundraising for Sr Mary (video by Tomás)